Are you getting blacklisted at the gym? 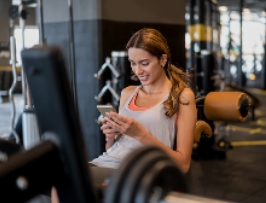 Don't Be That Person!

They go by many names, so we're going to break them down here.  Just make sure you're not one of them and if you are, work on it.  If nothing else, we'll get a good laugh out of our shared misery, lol.

That person who thinks they know it all and insists on sharing it with everyone.  They prowl the gym seeking out opportunities to correct anyone they can on their technique or to push their nutritional choices on.  They can't understand why people don't welcome their advice and get great satisfaction out of giving it.

You know the one, you've probably heard them before you even saw them.  They can't help themselves, when working out they have to let out the most disrupting grunts and yells anytime they do something that involves an ounce of effort.

You have your routine mapped out, but a piece of equipment you need is being used by someone else, so you wait or skip it with the intension of returning to it later.  You check back in and they're still there, but this time you notice they aren't even using the equipment, they're on their phone.  So, you ask if you can jump on or how much longer they'll be and now they take up even more time, just to spite you needing them to move.  They're the gym equivalent of that car in the parking lot, you know what I'm talking about.

This one usually strikes in the morning when you just want to be left alone to finish your workout before you have to deal with people all day.  They head your way the second they see you and you know immediately you are leaving the gym today with they're life story.

Very similar in tactic to the Over-sharer, the Gym Gossiper will talk your ear off when you least want it.  The difference is, instead of telling you of their latest bout with gas and they're back problems, they spill the tea on everyone else.  It pains them not to share any bit of gossip they acquired, even when you don't even know the people they're talking about.  Unlike the Over-sharer who won't let you get a word in, the Gym Gossiper wants to hear what you have to say, so they can go share it with someone else later.

They follow the social contract of not playing their music out loud and put headphones on, but that doesn't stop them from belting out their own rendition of whatever song they happen to be listening to.  It may seem they only do it because they are not self aware, but they just secretly love the attention.  Most cases of this involve someone who is not a very good singer, but the voice in their head says otherwise.

We all sweat, it's the gym after all.  However, some people sweat more than others and then there's the Excessive Sweater.  The person who not only sweats buckets, but leaves it right where they dumped it, making it someone else's problem.

This one's simple, it's that person who seems to either have no clue or no care that they are stinking up the place.

This one is more than a little unnerving.  An overwhelming number of people have expressed their distaste for this person at the gym after experiencing their own run-in with them.  They're that person who finds someone to fix their attention on and starts staring at them as if they're invisible themselves.  You can lock eyes with this person and they will not stop staring.  They may even take that as an invitation to approach.  Whether they approach or not, they are highly skilled at making people feel uncomfortable.

This is that person who can't seem to remember where anything goes or just thinks they should be picked up after.  They will use equipment and leave it wherever they happen to be in the gym.  If you're ever wondering why a weight or medicine ball is always missing, it's probably because the Rearranger got there before you.

🤔What annoys you the most at the gym?  DM, message, post...we're listening.👂

Use this popup to embed a mailing list sign up form. Alternatively use it as a simple call to action with a link to a product or a page.

By clicking enter you are verifying that you are old enough to consume alcohol.

Your cart is currently empty.